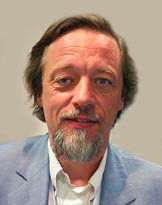 Dr. Frederik Schroyens was born January 12, 1953 in Mechelen, Belgium.Schroyens is a 1977 medical graduate of the State University of Gent (Belgium) and a 1978 graduate of the one-year Homeopathic Training Course at the Faculty for Homeopathy in London (MFHom).In 1981 Dr. Schroyens was the constitutive President of VSU, the largest Homeopathic School in Belgium. VSU has given a one-year introductory training on homeopathy to more than 1.000 students and fully trained over 150 homeopaths. The homeopathic education is build up over a five-year program. He also founded the Masi-workshops in Belgium and Holland.Dr. Schroyens was one of the first RADAR users in 1986 and became enthusiastic about the increasing possibilities computer science offers to Homeopathy. Because of his dedication to the program, he became the Homeopathic Coordinator of the RADAR Project.In 1987, he was appointed as the main link between George Vithoulkas and the programming team of the University of Namur (Belgium) during the development of the Vithoulkas Expert System. He has been accompanying George Vithoulkas on his seminars since 1988 as well as assisting him during most of his consultations since that time.Dr. Schroyens published an introduction to homeopathy in 1984 in Dutch, which has been translated into French and Portuguese. In 1993 he edited the printed version of the Synthesis Repertory, the expanded repertory linked to the Radar project. A computer version of Synthesis exists in seven languages. This Repertory has also been printed in German, English, Dutch, Italian, Spanish and Portuguese. Translations into various other languages are ongoing.Since 1995, Dr. Schroyens has published several books based on Synthesis such as 1001 Small Remedies and Arzneimittelbilder von Gemüt und Traume.Dr. Schroyens lectures on RADAR software and homeopathy in Europe as well as in North and South America and India.