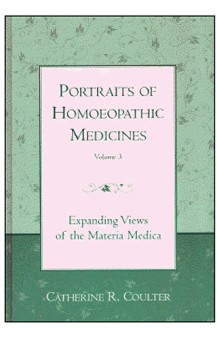 To remain vital and meaningful the homoeopathic materia medica, like any aspect of our cultural heritage, must be repeatedly scrutinized, analyzed, and interpreted by each generation in the light of its new knowledge and understanding. These Psychophysical Portraits ...Read More 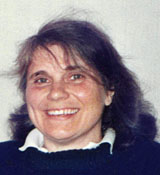 To remain vital and meaningful the homoeopathic materia medica, like any aspect of our cultural heritage, must be repeatedly scrutinized, analyzed, and interpreted by each generation in the light of its new knowledge and understanding. These Psychophysical Portraits are a modest attempt to discharge this task. Yet, while offering an expanded view of the homoeopathic patient, in health as well as sickness, in normalcy as well as pathology, and in the finer shadings of the psyche, they adhere strictly to the classic Hahnemannian tradition. The homoeopathic remedies serve as archetypes: that is, each embodies a wide range of symptoms and personality traits of which the individual patient is but a partial copy. These archetypal pat-terns, originally established using accounts of poisonings as well as symptoms developed in the homoeopathic provings, have been enriched and enhanced over the decades by physicians' experience with cured cases. The resulting information may at times be contradictory and inconsistent.

In taking on a symbolic dimension, the remedy's key traits serve as guideposts to its multitudinous lesser symptoms; they are the books from which the practitioner may suspend his own observations. For this reason the polychrests inevitably grow and expand at the expense of the minor remedies. However inequitable this may seem, Myristica sebifera, Ranunculus bulbosus, Kali iodatum, Cocculus, and Bellis perennis, although powerfully effective in their own spheres of action, cannot evoke the emotional impact or carry the symbolic weight of the polychrests. The "minor remedies" will have to be proved more thoroughly before a final judgment can be reached. A living portrait must be three-dimensional. The first dimension is the listing of symptoms from the poisonings and provings; the second, which gives the picture some depth, consists of data from clinical cases; while the third represents the remedy's emotional impact. The constitutional portrait is an interplay of all these features, the interweaving and analysis of symptoms and characteristics, with images and associations from literature, history, politics, and other cultural areas all enriching the final product. Only thus can Hahnemann's "totality" take on its full meaning. But the fullest and most cohesive three-dimensional portrait of a homoeopathic remedy can do no more than suggest the subject's depth and scope. The reality of a remedy is inexhaustible—an open forum to which every practitioner brings the richness and the knowledge.

The aim of the book is to guide, suggest, and inspire.

Catherine Coulter was born on January 21st 1934 in London, England. She died Feb 24 2014 at the age of 80.Ms. Coulter practiced classical homeopathy half time since 1961, full time since 1974. She taught since 1975, mainly in the United States using the preceptorship method, working only in conjunction with licensed practitioners. She was affiliated with the National Center of Homoeopathy and the Summer School Course for Physicians. (Lecturer on Materia Medica 1977 - 1988)Ms. Coulter penned... Read More

Homeopathy - Medicine For The New Millennium