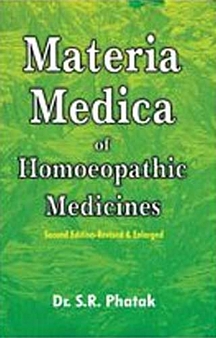 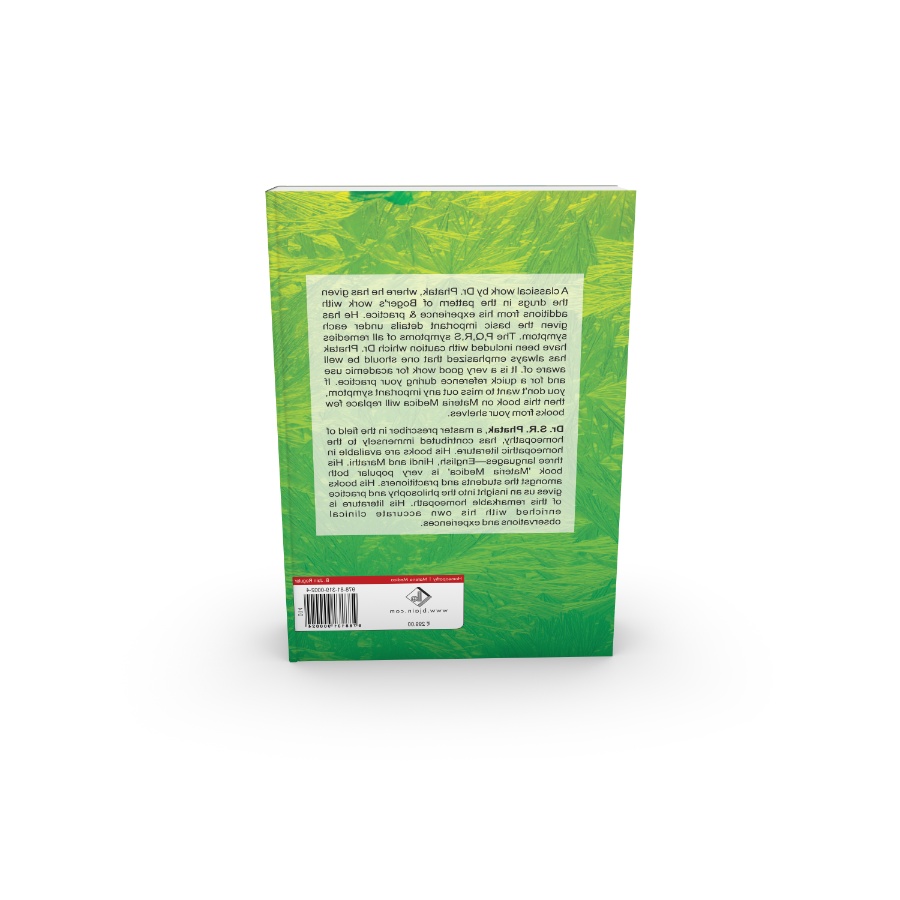 Materia Medica is one if the pillars of Homeopathy on which successful practice of Homeopathy stands. Study of Materia Medica is a long drawn effort; there is no short or easy road to success.
Drugs should become your friends so as you can easily identify your friend from the way he rings the bell, taps or opens the door, climbs the foot- steps, etc. Similarly you should be able to know the drug even when it is partially studied.
What is required is that the drug picture of the medicines slowly gets firmly and clearly set in your mind, this book will help you to understand this well. If you have grasped the Materia Medica well, certain drugs will automatically come to mind.
This book occupies a very important place in Homeopathic literature.
Internationally it has been ranked alongside Boericke and Clarke’s Materia Medica’s. It’s a kind of concise Materia Medica in which all relevant symptoms pertaining to each remedy are given.

Presentation of Medicines- - Medicines are given in Schematic theme.
- Under Generalities heading the profile picture of the remedy is given along with sphere of action and mode of action
- Diseases which it is liable to cure
- Causations
- General modalities
- Regional symptoms with their particular modalities.
The PQRS symptoms of all remedies have been included with caution which Dr. Phatak has always emphasised that one should be well aware of it.
Relative importance of different symptoms is given by gradation of symptoms- given in 3 types.

Changes in this Edition - All ambiguous statements have been clarified where possible so has to bring across to the readers what the author was actually trying to say.
- Words or clinical terminology that are rarely used and are not likely to be understood easily have been replaced by contemporary language. For eg: “Noma” becomes ulcerative stomatitis and “horripilation” becomes “goose flesh”, etc.
- All abbreviations have been standardized in according with the SYNTHESIS so as to avoid all ambiguity in distinguishing remedy names.
It is a good work for academic use and for a quick reference during your practice. If you don’t want to miss out on any important symptoms, then this book on Materia Medica will replace few books from your shelves.

About The author- Dr S. R. Phatak, a master prescriber in the field of Homoeopathy, has contributed immensely to the Homoeopathic literature. His literature is enriched with his own accurate clinical observations and experiences.
A pioneer of Homoeopathy in Maharashtra, Dr Shankar Raghunath Phatak was born on 6th September, 1896.
He did his MBBS from Grant Medical College, in 1924.
Started his practice but somehow not satisfied with Allopathic Treatment.
He was convinced about Homoeopathy while going through Sir William Osler's writings on 'History of Medicine' so switched over to an entirely Homoeopathic Practice in 1932. He also started working on Homoeopathic literature along with his Practice.
He has contributed immensely to homoeopathic literature. His books are available in 3 languages- English, Hindi and Marathi.
His book 'Materia Medica' is very popular amongst the students and Practitioners.
His literature is enriched with his own accurate clinical observations and experiences. He was an ardent follower of Dr. Boger. His Repertory is based on Boger's ''A Synoptic key to Materia Medica'.