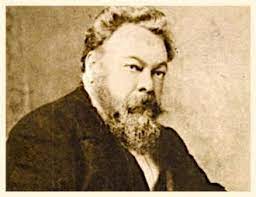 James Compton Burnett MD (1840-1901)- James Compton Burnett was born on July 10, 1840 and died April 2, 1901. Dr. Burnett attended medical school in Vienna, Austria in 1865. Alfred Hawkes converted him to homeopathy in 1872 (in Glasgow). In 1876 he took his MD degree.Burnett was one of the first to speak about vaccination triggering illness. This was discussed in his book, Vaccinosis, published in 1884.Along with other nosodes, he introduced the remedy Baccillinum. A prodigious writer he published over twenty books in his lifetime. His book, Fifty Reasons for Being a Homoeopath (1888), is of particular note for beginning homeopaths.To more fully appreciate Burnett's contribution to homeopathy, you may want to read Will Taylor's ongoing WholeHealthNow series 'Taking The Case'. In Installment 6, Will examines Dr. Burnett's understanding of Locality and the Specificty of Seat.

Vaccinosis & Its Cure By Thuja With Remarks On Homoeoprophylaxis

Diseases Of The Spleen

On Fistula & Its Radical Cure By Medicines

Diseases Of The Skin Their Constitutional Nature And Homoeopathic Cure

The Change Of Life In Women

Tumours Of The Breast And Their Treatment And Cure By Medicine

The Curability Of Tumours By Medicines

Curability Of Cataract With Medicines

Gold As A Remedy In Disease

The Diseases Of The Liver

Diseases Of The Veins