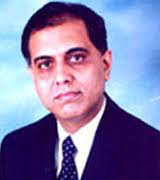 Brief About Dr. Subrata Kumar Banerjea: Subrata is also credited with 6 Gold Medals for his academic accomplishments. An author by age of 24, Subrata has written a number of books including “Clinical and Comparative Materia Medica”; "Classical Homoeopathy for an Impatient World" and the widely acclaimed "Miasmatic Prescribing". Subrata's insights into prescribing with his magnificent grasp of the nuances of Materia Medica make his lectures wonderfully rewarding and gives him the confidence in prescribing especially in advanced cases.He rarely uses the Repertory, as his prescriptions are based on his profound command on Materia Medica (homoeopathic medicines); therefore it's the Qualitative Totality rather than Quantitive!He has also managed many acute crises in "Indian Homoeopathic Medical Centres", where he still visits 2 to 3 times a year. Subrata's international reputation for the last 35+ years, both as an inspiring teacher and a successful homoeopath is based on his extensive experience from his very busy clinical practice.When he visits India, he often sees around 50 patients a day in his Medical Centre. Such volume requires the use of extensive ready knowledge of Clinical and Comparative Materia Medica coupled with profound intuition and application of clinical and ancestral wisdom.He does not give any guarantee of “cure” but from his long Homoeopathic experience of over 35+ years, he will try his best to offer you or your patients the desirable improvement of symptoms. All his improved or benefited cases do not represent evidence but personal opinion of the patients treated by him.Subrata is an honoured fellow of several Academies; Director of the Bengal Allen Medical Institute, Calcutta, India; Principal at the Allen College of Homoeopathy, England. He resides in Chelmsford, England and divides his time between his practices in England and also periodically visits India where he is a Clinical Consultant.He is a popular, widely travelled teacher and has lectured almost all the countries, where Homoeopathy is known. He still travels extensively to different parts of the world to give lectures in Homoeopathy. Despite this busy international scheduling, Subrata together with his wife Janet, his brother Joy and his son, Saptarshi, plays an active role in the "Kamala Banerjee fund", a Charity which distributes milk and free homoeopathic treatment to the poor slum children of Calcutta (India).

Classical Homoeopathy For An Impatient World