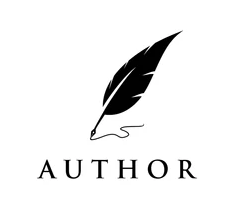 Dr. Rashmin Deshmukh was born on 16th December 1976 at New Delhi. His mother, Smt. Radhika Deshmukh and father Mr. G.G. Deshmukh both were interested in homoeopathy. Thus being born in the type of the environment that was conducive to homoeopathy he had a natural inclination towards it. Highly influenced by the science he out rightly decided to undertake the study of homoeopathy. He completed his degree in homoeopathy from Nagpur University in 1999. He had a brilliant academic career and twice secured second meritorious position in Nagpur University. He received the Hahnemann Paritoshik 1999 instituted by the Homoeopathic Medical Association of India and Homoeopaths Association, Chandrapur for his academic excellence. He was teaching anatomy for some time in the same college where he studied. He then had the fortune of studying under the able guidance of Dr. S.R. Karnad, an erudite person and a physician of unique qualities of Nagpur. Later, he started his private practice in Nagpur. Besides, he is also a prolific writer and has to his credit many articles on varied subjects which have been published in national dailies.

Homoeopathy As A Career

You Can Be An Expert Prescriber