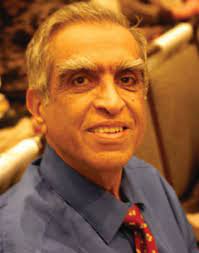 Dr. Ahmed Currim, an expert on Kentian homeopathy who travelled to India to retrieve Kent's handwritten notes and corrections for the second edition of his repertory, died after a protracted illness on 12 March 2017. He was 76 years old. Currim was born on 20 November 1940 in Bombay, India, and after receiving his primary education travelled to Switzerland, in 1955, to complete his secondary studies. His wealthy relatives, owners of an umbrella manufacturing plant in Mumbai, supported his early years while he pursued his education in Europe and then in the USA. He emigrated to the United States in 1958 and studied engineering mathematics and chemical engineering at the University of Michigan receiving dual degrees in 1961. In 1963, he received a Master of Arts in physics from Harvard University before continuing studies for a doctorate in mathematics at the University of Colorado, which he received in 1970. He completed his medical degree at the University of Brussels in 1979 whereupon he returned to the United States to sit for the Connecticut State Medical Board exam. Successful, he received his license to practice family and internal medicine. More importantly, his practice of homeopathic medicine began as he also passed the Connecticut State Homeopathic Medical Board exam. Later, he served as the chairman of the same Board for several years. Dr. Currim was first introduced to homeopathy as a young man when he was cured of intractable asthma by Dr. Pierre Schmidt. It was not until much later that the homeopathic bug bit him a bit deeper. While studying for his PhD in Denver, an unexpected copy of Kent's Lectures on Homeopathic Philosophy mysteriously appeared in his mailbox. The sender was anonymous, though he suspected it came from Schmidt. He opened the book and discovered he'd just met a long lost friend. It was then that Ahmed became resolute in his determination to pursue medical studies. Currim's literary endeavours included editing The Collected Works of Arthur Hill Grimmer, a compilation of Dr. Grimmer's writings. That project took more than 20 years to complete—it is also available in the German language. Currim served as editor of James Tyler Kent Unpublished Materia Medica which consists of notes from many of Kent's students, revealing remedy pictures never before published. Ahmed wrote Guide to Kent's Repertory, which provides insight into the history of the repertory and explicit instructions on case taking and the repertory search. He was also instrumental in the addition and correction of 11,398 entries inserted into the ‘Synthesis Treasure Edition’, as noted by Kent from his personal copy of the second edition of his Repertory. It also includes 333 handwritten additions from Dr. Kent's copy of Hering's Guiding Symptoms. Much of those ‘additions and corrections’ were discovered when Currim was studying Kent's Repertory with Pierre Schmidt. Ahmed also found Kent's corrections to his Repertory from Kent's personal working copy. Somehow, Ahmed heard this material to be in India—he travelled there finding the material in pieces literally buried in a metal box! Painstakingly he put the pieces together, like a puzzle, all the while comparing them to Kent's own repertory to make sure that they were certainly Kent's corrections. Thus, an updated version of that important reference work saw the light. Additionally, he penned many articles, taught numerous seminars and shepherded study groups in materia medica, homeopathic philosophy and repertorial studies.  Currim made several major presentations during his busy career. I attended his 2005 LIGA (Berlin, Germany) talk: so deep was his reverence for Kent that during the presentation, which concerned Kent's Repertory, he was overcome with emotion and shed tears.