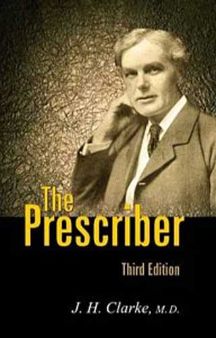 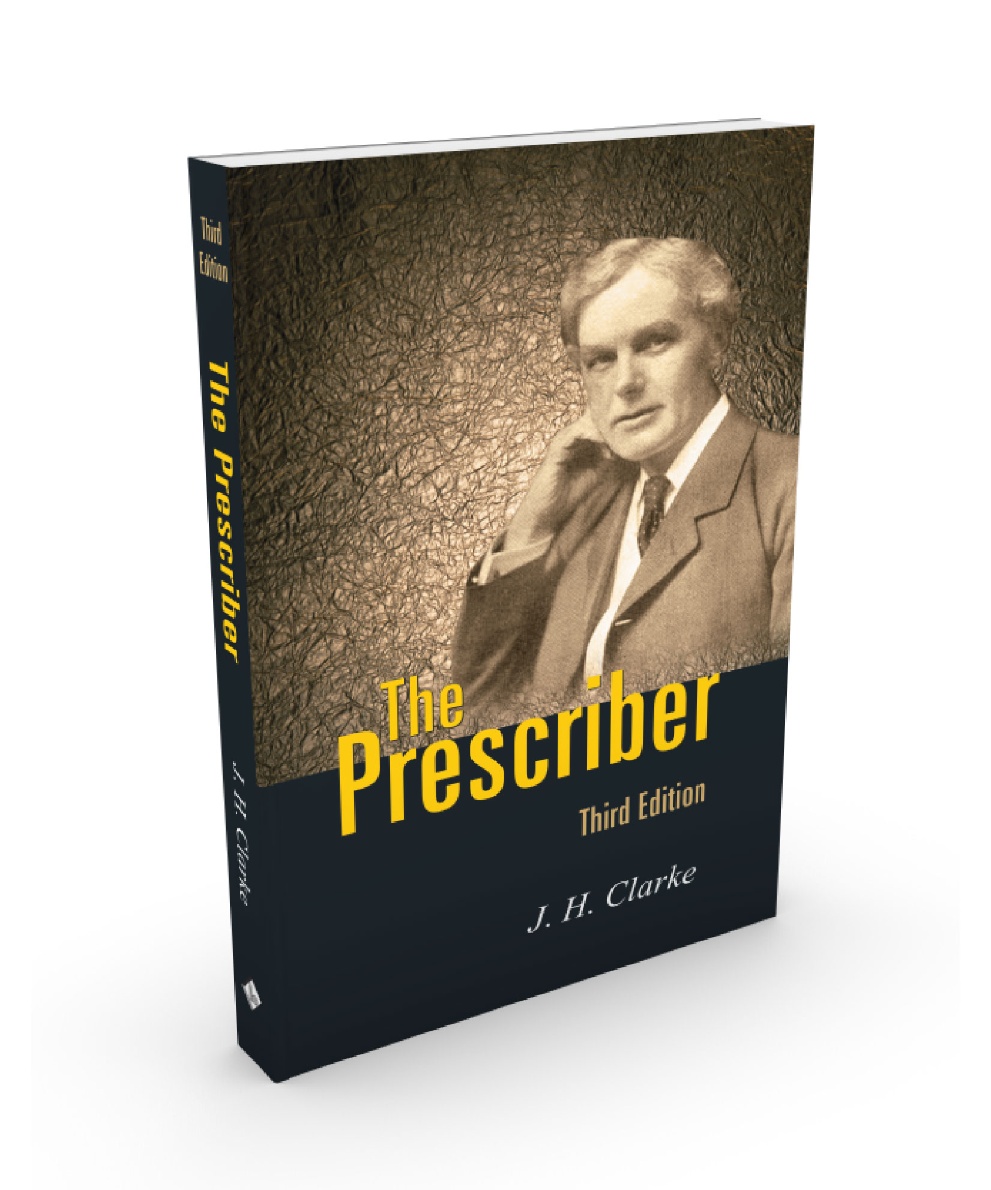 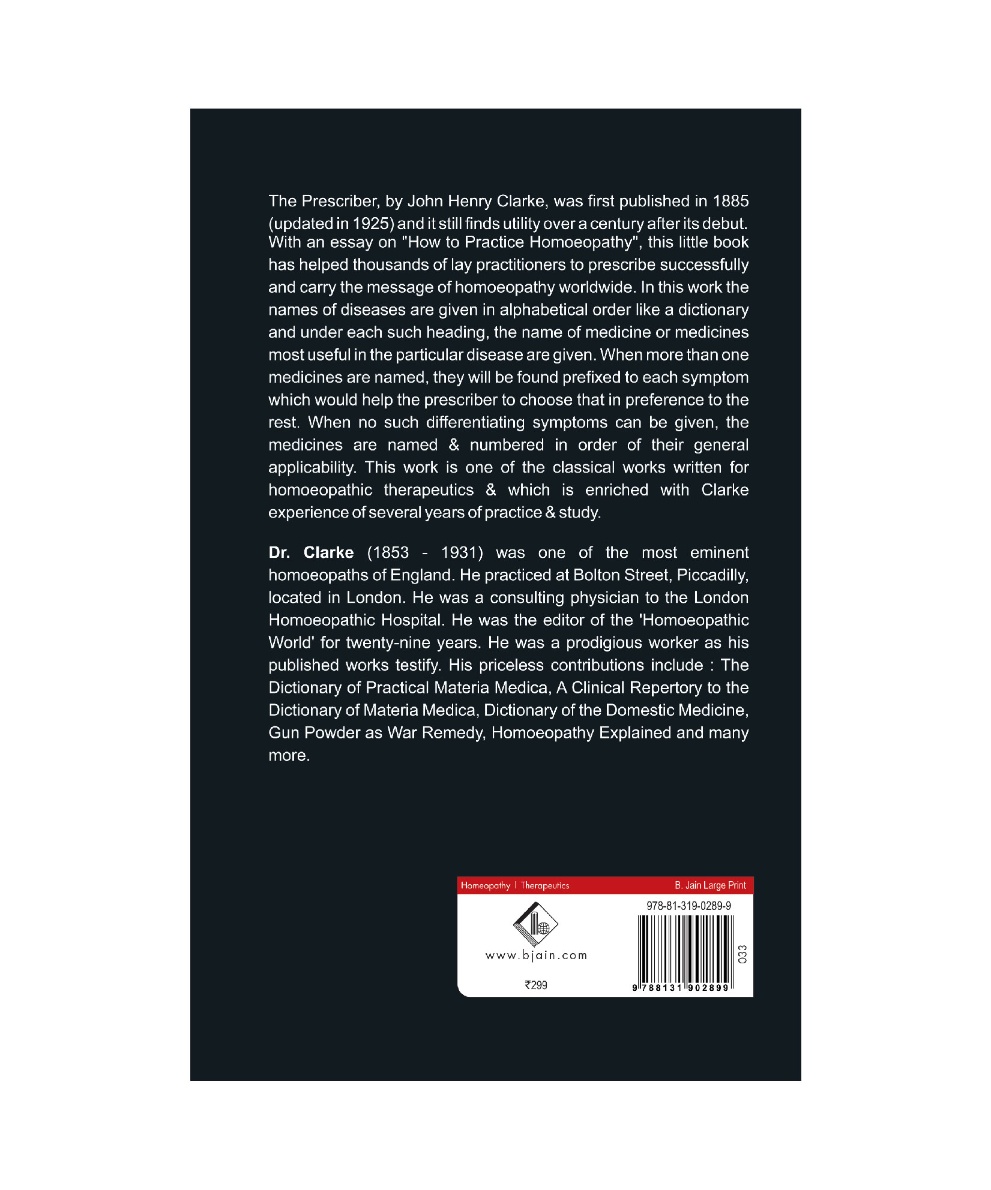 The Prescriber, by John Henry Clarke, was first published in 1885 (updated in 1925) and it still finds utility over a century after its debut. With an essay on "How to Practice Homoeopathy", this little book has helped thousands of lay practitioners to prescribe successfully and carry the message ...Read More 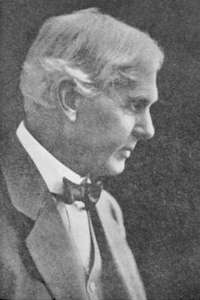 The Prescriber, by John Henry Clarke, was first published in 1885 (updated in 1925) and it still finds utility over a century after its debut. With an essay on "How to Practice Homoeopathy", this little book has helped thousands of lay practitioners to prescribe successfully and carry the message of homoeopathy worldwide. This book can be used instantly, without referencing to long treatises or dissertations, the points needed for present application in the cure of the sick.

The position of THE PRESCRIBER in medical literature is unique. There are books in abundance which tell all there is to tell about diseases, their history, etiology, course, progress, pathology, histology and all the rest. But the weak point of them all is when they come to tell of the treatment. The directions these works give for treatment are couched in generalities as a rule. THE PRESCRIBER deals with nothing else but treatment, and the directions, instead of dealing with generalities, go into minute particulars for ready application to any case of any disease.

In this work the names of diseases are given in alphabetical order like a dictionary and under each such heading, the name of medicine or medicines most useful in the particular disease are given. When more than one medicine is named, they will be found prefixed to each symptom which would help the prescriber to choose that in preference to the rest. When no such differentiating symptoms can be given, the medicines are named & numbered in order of their general applicability. This work is one of the classical works written for homoeopathic therapeutics which is enriched with Clarke experience of several years of practice & study.

Dr. J. Henry Allen (1854 1925) was President of the International Hahnemannian Association in 1900 and was Professor of Skin and Venereal Diseases at the Hering Medical College in Chicago. He is the author of two books The Chronic Miasms and this, "Diseases and Homoeopathy Therapeutics of the Skin". Both are regarded as classics of Homeopathic literature.Dr. Clarke was one of the most eminent homoeopaths of England. He had his famous Clinic at 8 Bolton Street, Piccadilly, located in... Read More

Rapid Prescribing - Using Peculiar Symptoms (One Symptom, One Remedy With Surety To Cure)

Dictionary Of The Domestic Medicine