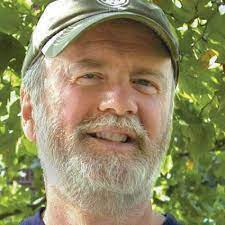 William received Reiki I in 1981 and Reiki II in 1982 from Bethel Phaigh who received her master training from Mrs. Takata. In 1989 he received the master training from Diane McCumber and Marlene Schiike and in 1991 from Leah Smith. In 2002, he received the master training in Gendai Reiki from Hiroshi Doi and also in 2002 the Komyo Reiki training from Hyakuten Inamoto. In 2001 he took Reiki I&II from Mrs. Yamaguchi and her son Tadao in Kyoto, Japan. William has taught Reiki full time since 1989 in the U.S. and in countries all over the world. He is also author of Reiki for a New Millennium and also co-authored The Spirit of Reiki with Arjava Petter and Walter Lubeck. In 1989 he developed the Usui/Tibetan style of Reiki, in 1994-95, he developed Karuna Reiki® and in 2014 he introduced Holy Fire Reiki. He is also founder and president of the International Center for Reiki Training, the Reiki Membership Association and the Center for Reiki Research and publisher of the Reiki News Magazine. The Usui/Tibetan style of Reiki which he teaches is a combination of Japanese and Western Reiki methods.  This needs to be changed to:  The Usui/Holy Fire style of Reiki which he teaches is a combination of the Usui/Takata and Holy Fire Reiki methods.