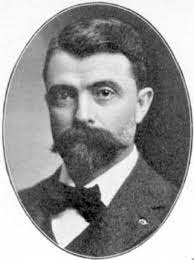 DEWEY, WILLIS ALONZO, M. D., Ann Arbor, Michigan, physician, author, editor and proprietor of "The Medical Century," contributor to these annals of a comprehensive history of the journalism of American homœopathy, is a native of Middlebury, Vermont, born October 25, 1858, son of Josiah Earl Dewey and Eunice Converse Carpenter, his wife, and is of old New England ancestors, among whom were patriots and soldiers of the revolution.

Dr. Dewey acquired his literary education in the high school at Middlebury, 1872, Burr and Burton Seminary, Manchester, Vermont, 1873, and the public schools of New York city, where he was a student from 1868 to 1872. He is a graduate of Packard's Business College, New York city. He was educated in medicine at the New York Homœopathic Medical College, where he came to the degree in 1889. The years 1881 and 1882 were spent in post-graduate studies in Berlin, Heidelberg, Vienna, Paris and London.

Dr. Dewey's professional, pedagogical and editorial life and experiences have called him into various localities, and the field of his activities has extended from the Atlantic ocean to the Pacific. In 1880 he was interne at Ward's Island Homœopathic Hospital, New York city, and the next two years were spent abroad. From 1884 until 1888 he was professor of anatomy in Hahnemann Medical College of the Pacific, and from 1888 until 1892 held the chair of materia medica in that institution ; and also from 1888 until 1892 was editor of the "California Homœopath." In 1803 and 1894 he filled the chair of materia medica in the Metropolitan Post-Graduate School of Medicine, New York city, and in 1896 he was appointed to the same chair in the homœopathic department of the University of Michigan, with which institution he has since been associated.

In recent years he has devoted much of his attention to editorial work and the conduct of his periodical -"The Medical Century"- ; but throughout the period of his medical life he has been a faithful contributor to the literature of his profession, the works of which he is author, or in which he has been collaborator, being as follows : Boericke and Dewey's "Twelve Tissue Remedies," 4. editions, with Spanish translation ; Dewey's "Essentials of Homœopathic Materia Medica," 3 editions, with translations into German, Spanish, Portuguese and Bengalese ; "Essentials of Homœopathic Therapeutics," 2 editions, and "Practical Homœopathic Therapeutics," which is being translated into Spanish.

Dr. Dewey is a member of the California, the Ohio, the Michigan and the New York State Homœopathic Medical societies, the American Institute of Homœopathy, the British Homœopathic Society, Société Française d'Homœopathie, Sociedad Nacional de Homœopathia de Mexico, and of the New York Athletic Club. He is a Mason, K. T., and also has traveled the desert sands with the A. A. O. N. M. S. He is married and has one son.