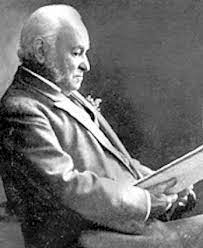 Thomas Skinner (1825 - 1906) (MD St. Andrews 1853) was an allopathic physician and a strident opponent of homeopathy, who had worked very closely with James Young Simpson as his private assistant in Edinburgh. James Young Simpson regarded Thomas Skinner as his star pupil.Educated in medicine at Edinburgh University, Skinner was an outspoken critic of homeopathy. After becoming ill and having to give up his practice to preserve his health, he was treated by Dr. Edward Berridge who had trained in the USA at Hahnemann Medical College. Skinner was given an MM dose of Sulphur, and had a complete recovery.He dove into homeopathy whole-heartedly. He studied homeopathy under Berridge, and read Hahnemann's three major works— The Organon, The Materia Medica Pura, and The Chronic Diseases. When he felt secure in his homeopathic practice he announced his changed practice and resigned from the Liverpool Medical Institute— which prohibited the membership of homeopaths through a law put into place years earlier by Skinner himself.  Skinner attended the International Exposition in Philadelphia in 1876, and upon his return to England he founded (with Edward Berridge in the UK and Adolph Lippe and Samuel Swan in the USA) The Organon— "An Anglo-American Journal of Homoeopathic Medicine and Progressive Collateral Science." Although it ceased publication after the first issue of Volume 4 in 1881, it became the pace setter for journals devoted to pure Hahnemannian homeopathy that followed— the Homoeopathic Physician and The Medical Advance.

The Diseases Of Females