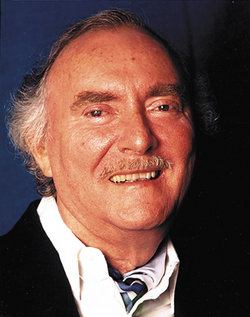 Sydney Omarr was the mostly widely read astrologer in the world in his time, thanks to a daily newspaper column and a steady output of annual books. He grew up in Philadelphia, and in interest in numerology led to the study of astrology; as a teenager he self-published an astrology book and began selling horoscopes to magazines. During World War II, Omarr joined the U.S. Army when he was 17 and ended up stationed in Okinawa. There he contributed horoscopes to Stars and Stripes and had an astrology radio show. After the war he studied journalism and spent a decade working for United Press as a reporter, settling in Hollywood. From the late 1950s, Omarr wrote a daily horoscope column that was eventually syndicated to hundreds of U.S. newspapers. During the 1960s he was a frequent guest on TV talk shows as "astrologer to the stars," with a reputation for lavish Hollywood parties. Diagnosed with Multiple Sclerosis in 1971, Omarr withdrew from the public eye but continued to crank out horoscope columns and books. By the 1990s he was blind and paralyzed from the neck down, but still dictating a daily column. He suffered a major heart attack in late December of 2002 and died shortly after.