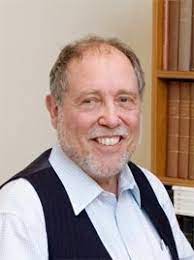 Richard Moskowitz was born in 1938, and educated at Harvard (B.A.) and New York University (M.D.). After medical school he did 3 years of graduate study in Philosophy at the University of Colorado in Boulder on a U. S. Steel Fellowship.He took his internship at St. Anthony's Hospital, Denver, and has been practicing family medicine since 1967, as well as attending about 800 home births. With a background in Oriental medicine and other forms of natural healing, Dr. Moskowitz studied homeopathy with George Vithoulkas in Greece and Rajan Sankaran and others in India.He has practiced the classical method more or less exclusively since 1974, and has taught and lectured widely on homeopathy and related subjects. Dr. Moskowitz has published numerous articles, including:Some Thoughts on the Malpractice CrisisPlain DoctoringHomeopathic ReasoningThe Case Against ImmunizationsVaccination: a Sacrament of Modern MedicineChildhood Ear InfectionsWhy I Became a Homeopath