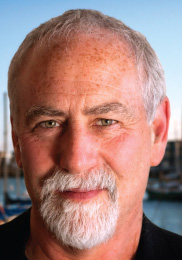 Dr. Morrison was born on February 21, 1954 at 10:21am in Rochester, NY. He grew up in Tennessee and attended medical school there, graduating in 1978. In his early career, he worked as an emergency room physician for several years. During this time Dr. Morrison also did much of the preparatory work for his calling as a homeopath.In 1978, while still in medical training, Dr. Morrison attended his first seminar on homeopathy in Athens. It was at this seminar that he determined to study at the Athenian Center for Homeopathic Medicine - the foremost center for homeopathy in the world. This center was created and run by the world's most renowned homeopath - George Vithoulkas.Dr. Morrison has published some 20 articles in homeopathic journals throughout the world since 1984. He has also presented papers before the International LIGA of homeopathy. In 1993, Dr. Morrison completed work on his first textbook, Desktop Guide. These books have become standard text at most homeopathic colleges in the country and are translated into five languages and are used by homeopaths throughout the world. In 1999 he published his second text The Desktop Companion.

A Collection Of Case Records