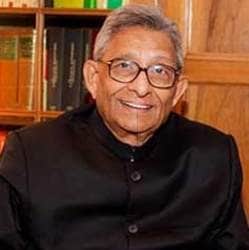 Dr. Prasanta Banerji, Founder and Director, Prasanta Banerji Homeopathic Research Foundation, is famed for establishing "The Banerji Protocols" of treatment. This is a protocol that has brought lucidity and user friendliness into a treatment form using ultra dilutional medicines. He made this form of treatment easy to learn and practice that allowed replicability in science. It is due to his individual efforts in this respect, that the modern scientific establishments have recognized and accepted "The Banerji Protocols" of treatment using ultra dilutional medicines into mainstream healthcare. Dr. Prasanta Banerji is a consultant physician, and he runs a clinic with an average daily attendance of 800 to 900 patients. He is supported by a team of able doctors. Dr. Prasanta Banerji has been an Honorary Advisor to the Minister of Health and Family Welfare, Government of India, as a member of a key advisory group of experts, and also of an apex committee. Dr. Banerji has also been a Member of the Program Advisory Committee for the National Cancer Control Programme of the Goverment of India's Ministry of Health and Family Welfare.

The Diaries Of A Stubborn Homeopath