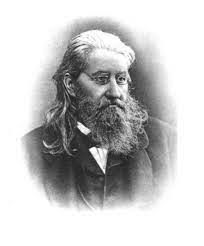 Dr. Hering is aptly called the 'Father of Homoeopathy' in America. His conversion to Homoeopathy is very interesting. At the age of 17 Dr. Hering became interested in medicine and joined the University of Leipzig, where he was the favorite pupil of the eminent Surgeon, Dr. Henrich Robbi.

At this time, Hahnemann was an eyesore to the stalwarts of orthodox medicine, because 'Organon' was a challenge to their system of medicine. Dr. Robbi was a critic of Hahnemann, and like other physicians ridiculed homoeopathy and Hahnemann.

Hering received the degree of M.D. from the University of Wuerzburg with highest honors. The theme of his thesis was "De Medicine Future" (The Medicine of Future). Hering arrived in Philadelphia in January 1833. He established a Homoeopathic School at Allentown, Pennsylvania (Allentown Academy). He became a member of the Academy of Natural Sciences, and presented to it his large and valuable zoological collections, including the original Lachesis mutus from South America, the snake with whose poison he had made the first provings of Lachesis.

Hering wrote many articles, monographs and books. He was the Chief Editor of the 'North American Homoeopathic Journal', 'The Homoeopathic News', 'The American Journal of Homoeopathic Materia Medica', and the Journal of the Allentown Academy. He wrote the 'Domestic Physician', and the 'Guiding Symptoms', a monumental work of 10 volumes.

Analytical Repertory Of The Symptoms Of The Mind